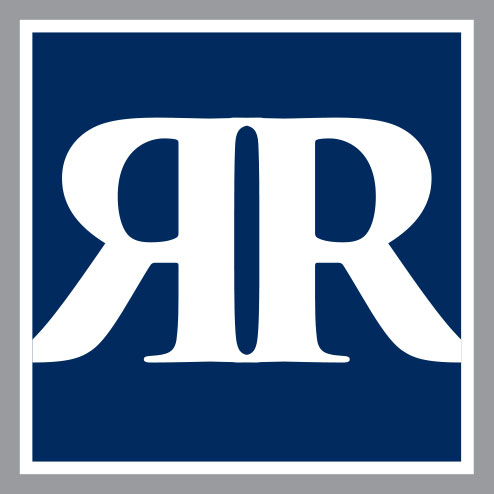 Meet the team of Rankin & Rankin Insurance Services. Dedicated professionals with years of experience are waiting to assist with all your insurance needs. Below you will find our company directory including contact information and profiles for our team.

My career in the insurance industry began after graduating from Ohio University in 1972- originally as an agent for a small independent agency - before joining Rankin & Rankin Insurance Services. I became the President of the agency in 1992, and the CEO in 2010. I hold the CPIA (Certified Professional Insurance Agent) designation and have served on advisory boards for several insurance companies.

I am married to my wife, Martha, and have three daughters and ten grandchildren. I enjoy golfing, fishing, and spending time with family. I have been involved with the United Way, Genesis Hospital, American Cancer Society, Rotary, Jaycees and many other charitable organizations.

My insurance career began with Rankin & Rankin in 2000. My focus is in the property and casualty arena specializing in commercial and personal lines insurance solutions. I became the President and Chief Operating Officer of Rankin & Rankin Insurance Services in 2010. I hold the designation of CPIA (Certified Professional Insurance Agent) and have served on several advisory boards for our partner carriers. I also participate in activities associated with the Professional Insurance Agents of Ohio. I would appreciate the opportunity to earn your business and look forward to finding creative solutions to reduce costs and improve your overall insurance program.

I am married to my wife, Carrie, and have three sons who attend Tri Valley Schools. I enjoy spending time with family, golfing and coaching youth sports. I currently am a member of the Genesis Pro Am Golf Tournament Committee and volunteer in several charitable and community activities.

My career in the insurance industry started in 1998 working as a claims adjustor for Progressive Insurance. I joined Rankin & Rankin in 2001 as a consultant in the Life and Health department with the designation of Agency Contact Management Specialist (ACMS). I have served as president of The Abbot Home board for the last 5 years.

My hometown is Bowling Green, Ohio where I graduated from Bowling Green High School in 1991 and Bowling Green State University with a degree in Sociology/Criminology. I currently reside in Zanesville, Ohio with my wife, Lisa, and two children, Grace and Drew, who attend Tri-Valley High School.

I started my career in the insurance industry in 1989 working for a small Independent Agent. During my insurance career I have worked to obtain the following designations: CIC-Certified Insurance Counselor, CISR-Certified Insurance Service Representative and CPIA-Certified Professional Insurance Agent. I am married with two sons. I enjoy walking and spending time with my family. I also serve as the Treasurer for the Chandlersville United Methodist Church.

As a lifelong resident of Zanesville, I attended St. Thomas Aquinas and Bishop Rosecrans High School before moving on to Ohio University in Athens where I earned my bachelor's degree. Upon graduation I worked at a local bank for nearly two years before accepting my current position as an agent with Rankin & Rankin Insurance Services in October of 2009. My focus is in home, auto and business insurance. I obtained my Certified Professional Insurance Agent (CPIA) designation in 2014. My parents are Bill and Becky Joseph and I have two brothers, Andrew and Vincent; both of whom live and work in Zanesville. I am a member of the Zanesville Knights of Columbus, a past Internal Vice President of the Zanesville Jaycees, and served as the 2013-2014 Campaign Chair for the United Way of Muskingum, Perry, and Morgan Counties. I am a current member and past president of the Muskingum County Community Foundation Council. My wife, Alaina, and I keep ourselves busy raising our 2 young sons, Liam and Levi.

I am a Consultant within the Life & Health Department. My focus is on Group Medical and Ancillary Benefits for employers of all sizes, along with Fringe Benefit Plans for Government Contractors. I also work with families and business owners on strategies for saving for college, estate distribution, life and disability income insurance.

I reside in Zanesville with my wife, Jessi, and our children, Frankie & Molly. I am an active member of the St. Nicholas Church and work on the Parrish Festival Committee. In addition, I serve on the Catholic Schools of Zanesville School Board and Finance Committee and volunteer in the Tri-Valley Youth Baseball and Flag Football Leagues.

My professional insurance career began with Rankin & Rankin Insurance in 2004. I’ve worked as both a customer service agent and a property casualty agent during that time. I have worked to earn the designation of Certified Insurance Service Representative (CISR) and currently maintain that designation. I am also active with Big Brothers/Big Sisters, both in the Lunch Buddy program as well as being a community based ''Big''. In 2018 I received the Neal Arnold Big of the Year Award and have recently been nominated for the Ohio Big of the Year. I am driven to encourage and strengthen young people in our community.

I’m a lifelong resident of Zanesville where I reside with my husband, Dave. We have two adult children and three grandchildren. I enjoy spending time with my family, cooking, fishing and traveling.